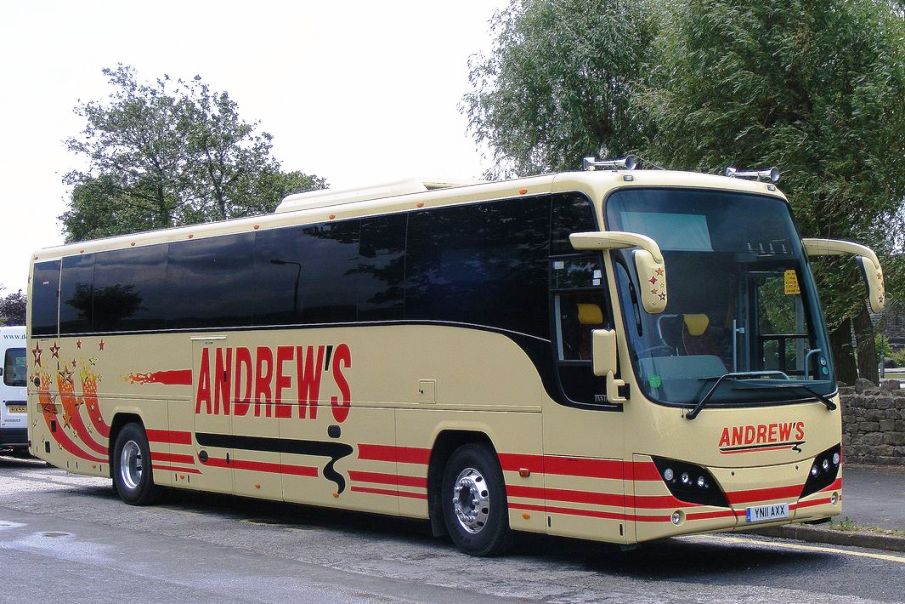 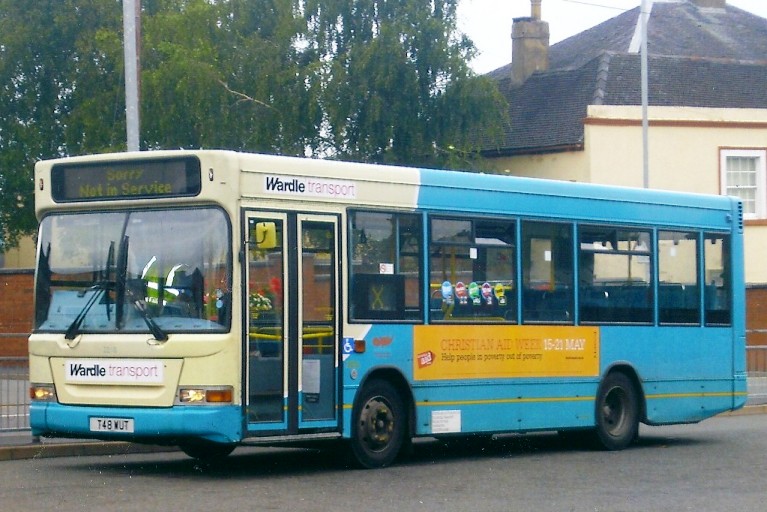 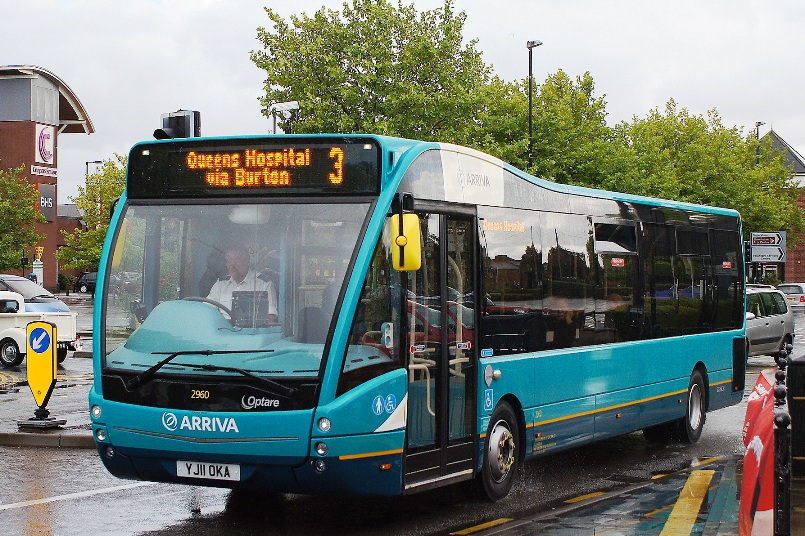 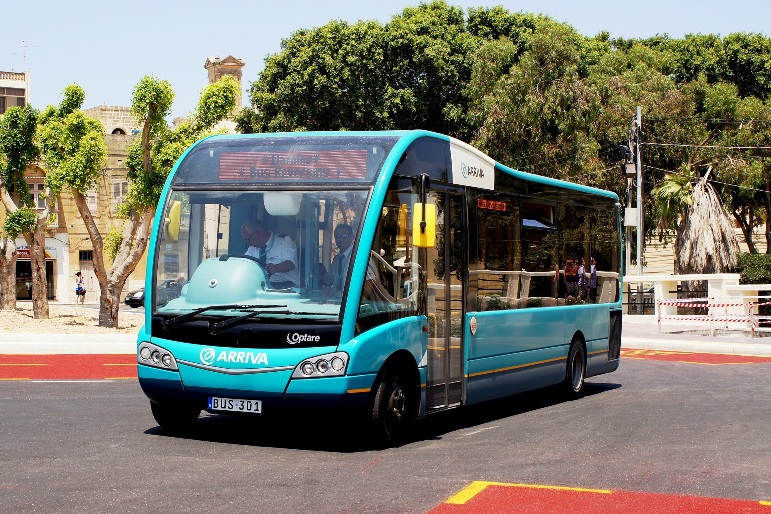 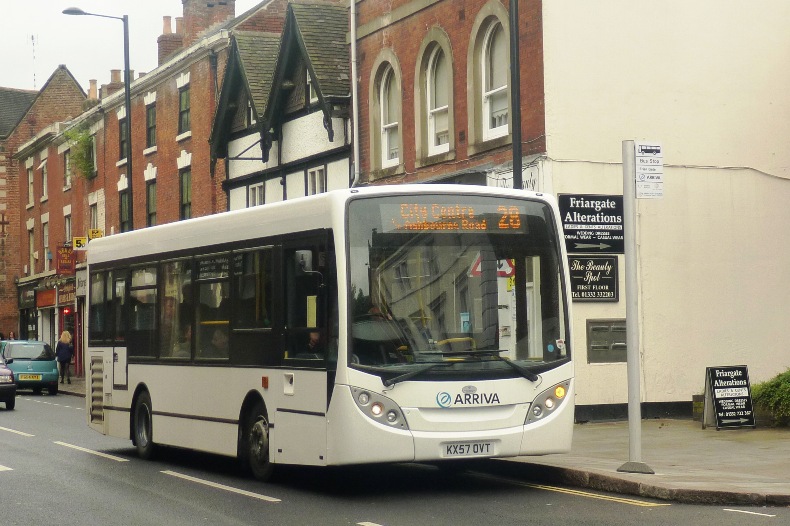 NEWS
15th September
NC bodied DAFs 42/3 (YAZ 4142/3) have arrived from Kimes (now part of Centrebus). 42 was previously (P904 PWW) and was used on the Heathrow Speedlink airport services when new. 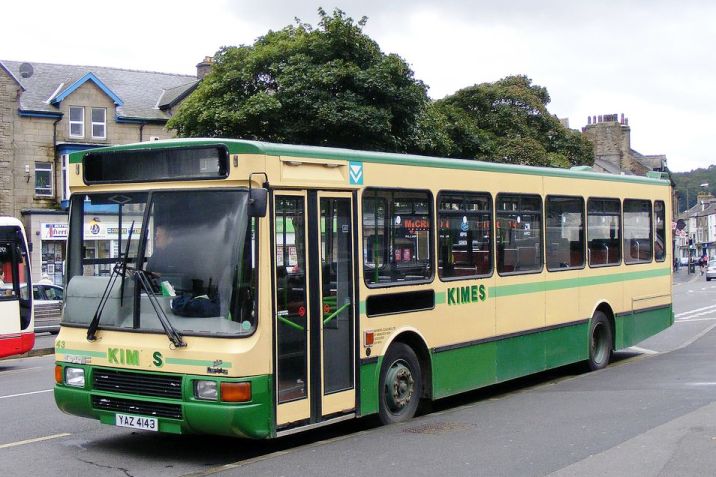 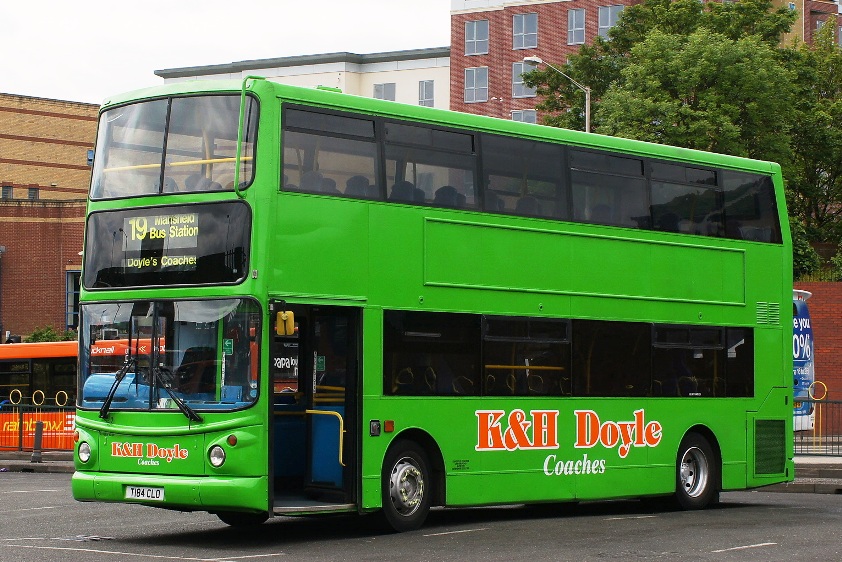 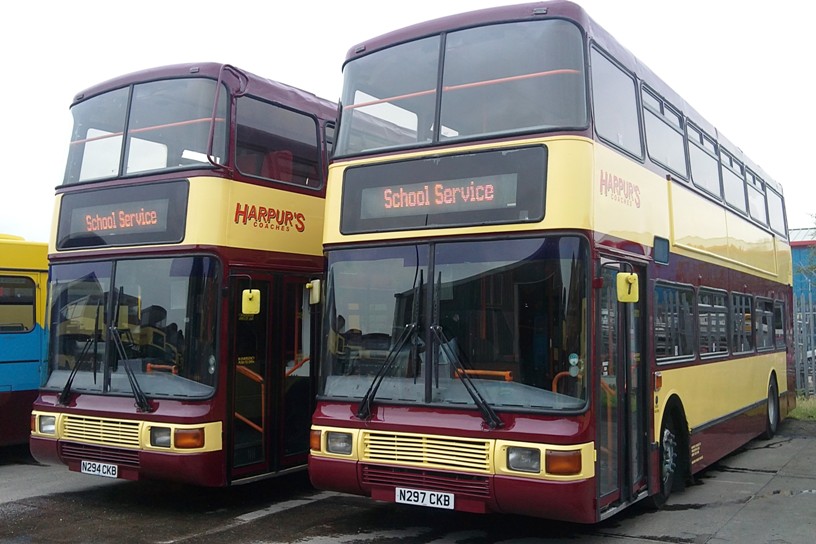 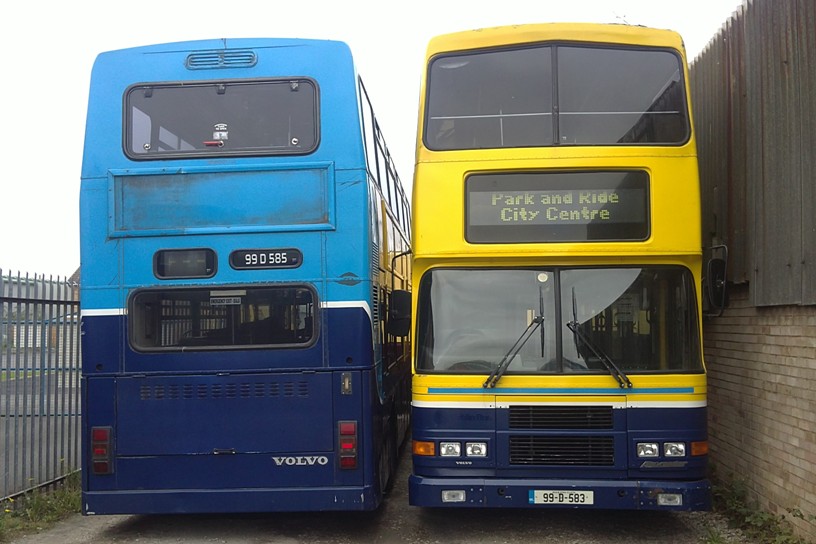 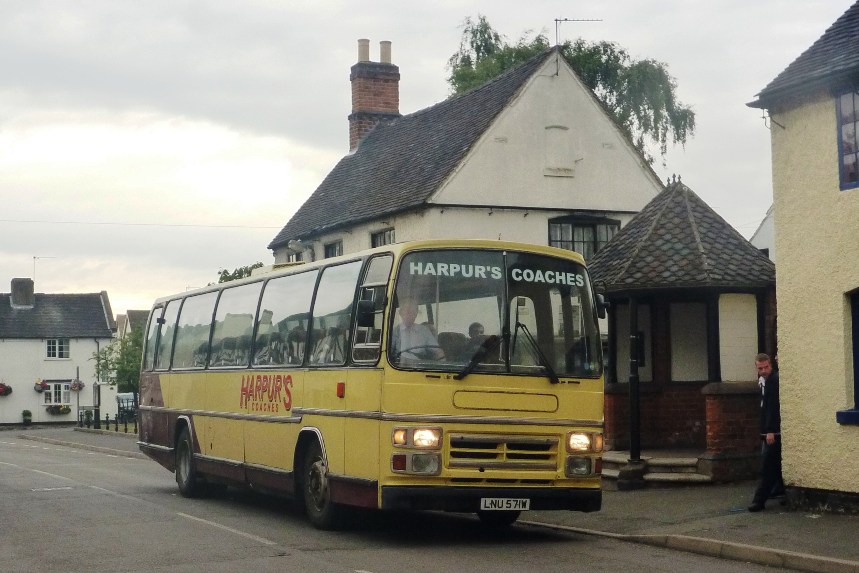 NEWS + SIGHTINGS
24th September
A V registered Volvo B7L with Alexander ALX 400 bodywork is due here soon. Believed to be ex FIrst London. It is currently being painted and Volvo are said to be taking it to Bus and Coach live next month. 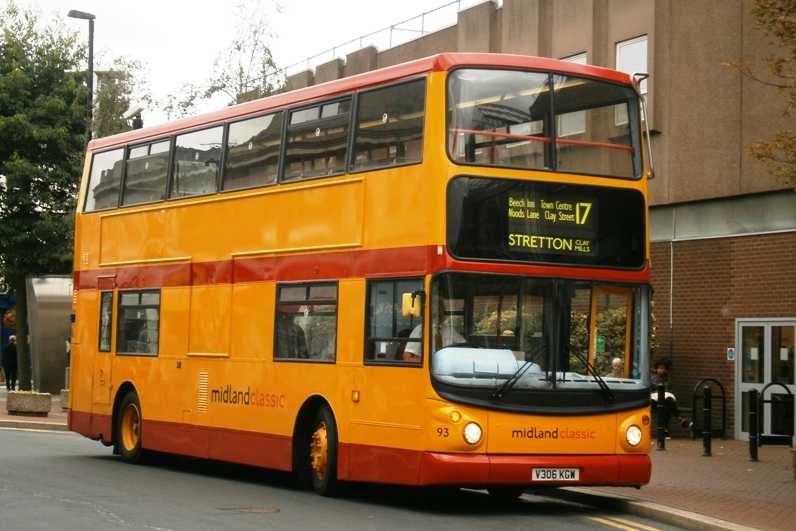 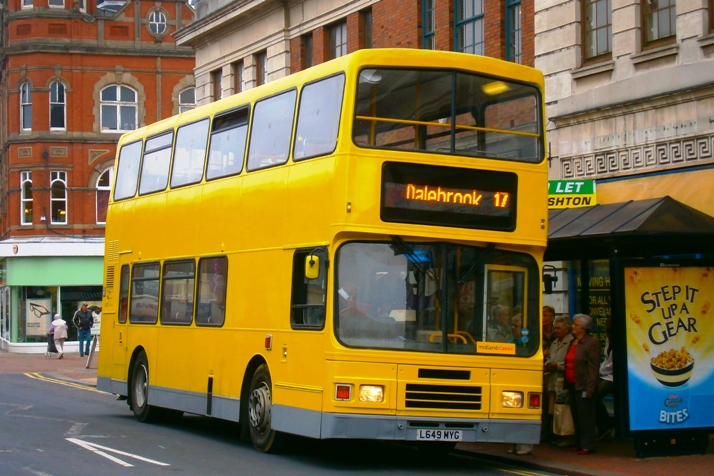 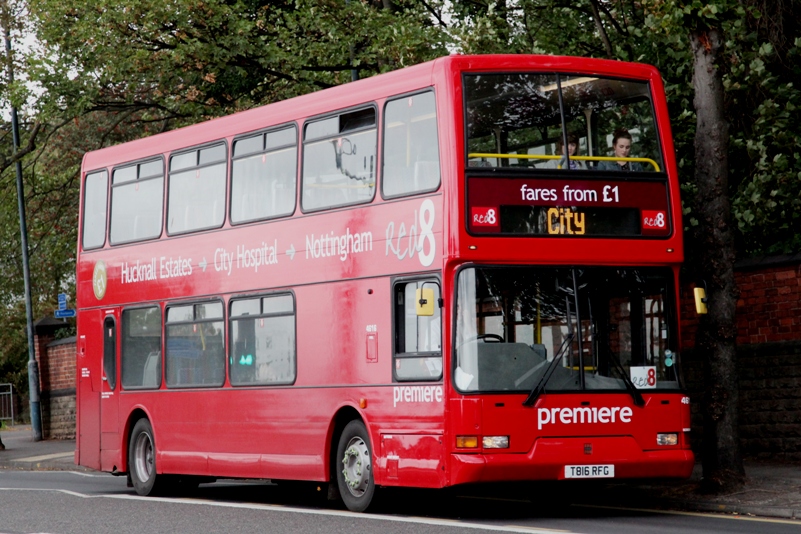 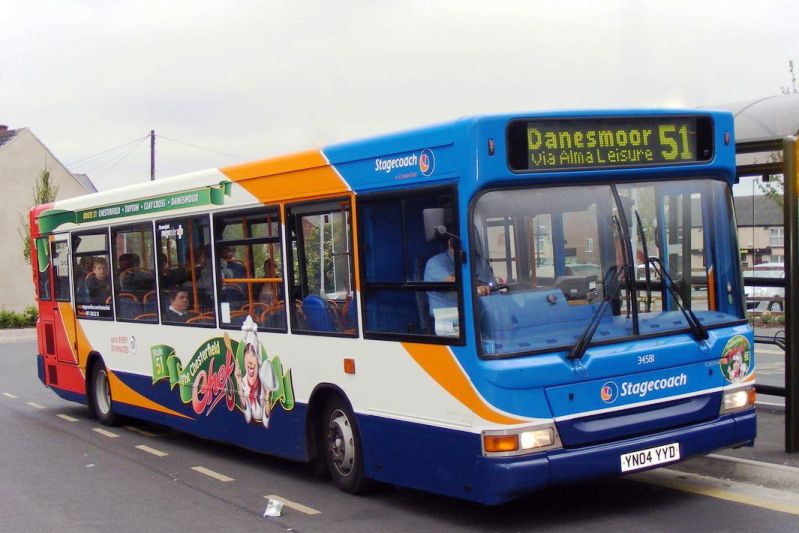 NEWS
30th September:
Former Swift Excel 265 now carries an all over yellow livery and is expected to go to Kinchbus. 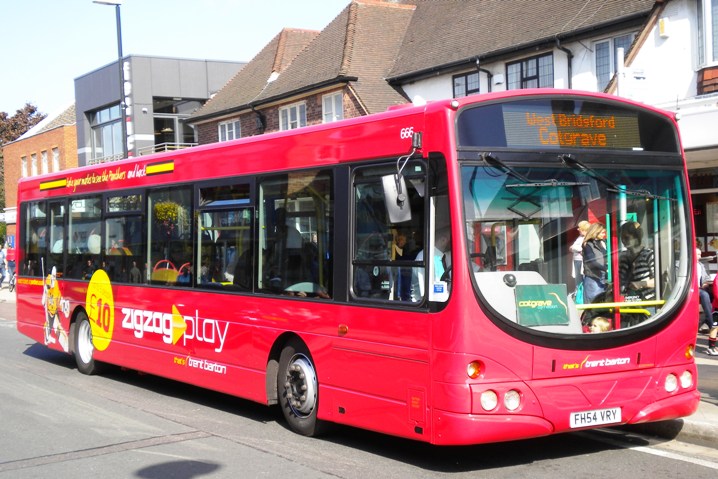 29th August:
939 now at Dove Holes repainted in trent barton livery. 930 is being used for spares to keep this on the road.

Olympian 23 to be painted into unibus livery for High Peak contract.

Coach 63 is at Langley Mill for repaint into N+D. 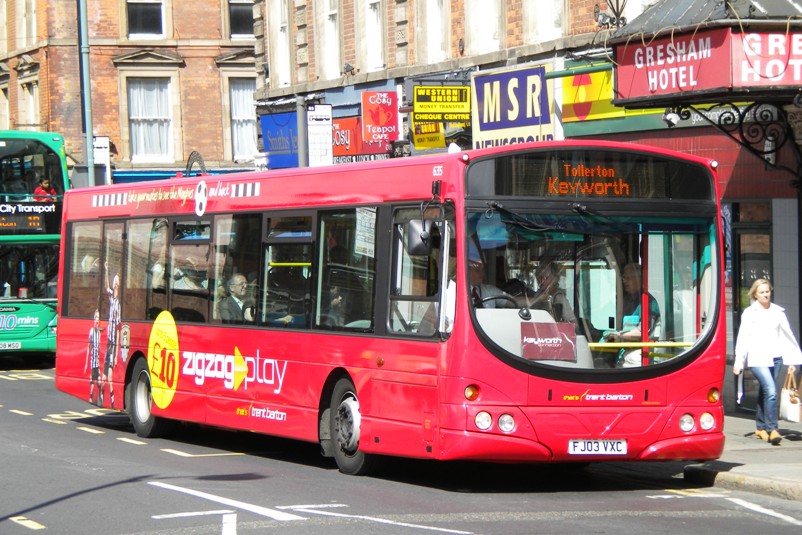 635 carries advertising for the new zig zag play ticket. Leave your Mango at home this Saturday. Maybe a matchday mango next, maybe not.
(C) John Whittingham

21st August:
Vario 290 is now in use with Kinchbus, on a Loughborough University contract.

Coach 63 has been debranded ready for its move to notts+derby. Coach 61 is to be scrapped, and 62 is to remain as the Red Arrow "spare".

Excel 257 is due at Sutton in trent barton red (replace 201?), whilst 265/6 are expected to be red spares at Derby (not certain what they will replace).

Former Connect SOlo 449 is set to be branded for the nines. More buses will be needed if route 90 becomes part of the brand later in the year.

Dart 939 expected to go to Dove Holes, possibly to replace 930 which is said to have been withdrawn? 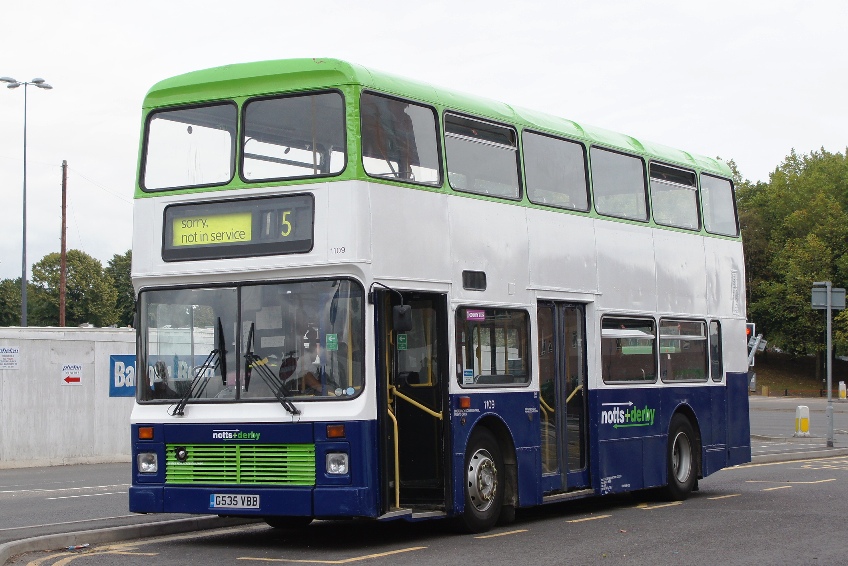 6th August:
Solo 433 now at Langley Mill, Scania 631 now at Derby.
668 has moved from Nottingham to Langley Mill following the arrival of 635.
Olympian 20 has been partially painted, so it seems asthough all three of these are staying.

4th August:
Former Spondon Scania 635 now based at Nottingham in red, with advertising for Zig Zag play / Notts County.
At least one of the ECW Olympians at N+D have been painted. 18/19 are expected to be done over the summer, future of 20 may be in doubt. 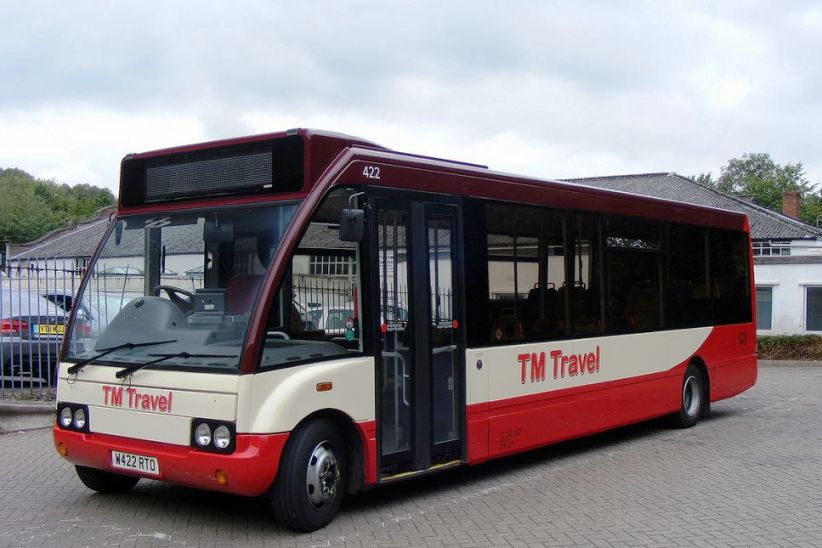 Coach 61 suffering from corrosion and is likely to be scrapped. This and 63 were expected to go to notts+derby, but red arrow 62 may now transfer instead.

Leyland Olympians 18 and 19 are expected at notts+derby from Kinch. They are likely to be painted along with 20 ready for September. 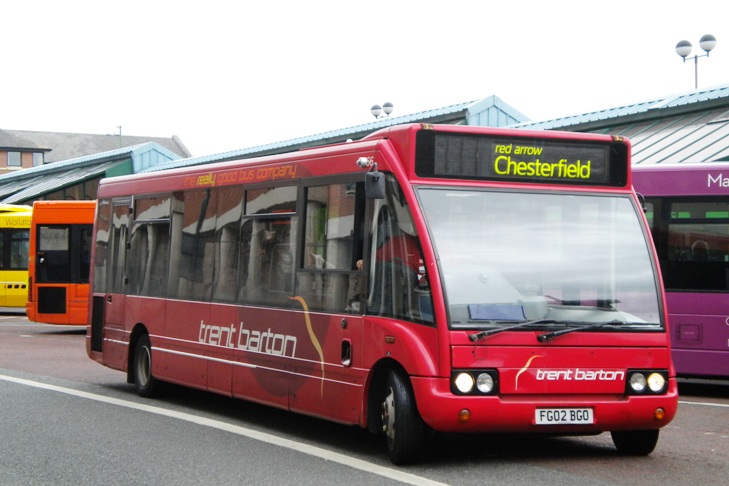 Luxury Solo 466 on the Red Arrow from Nottingham to Chesterfield.
(C) John Whittingham

308 is being repaired at Langley Mill after its accident earlier in the year. 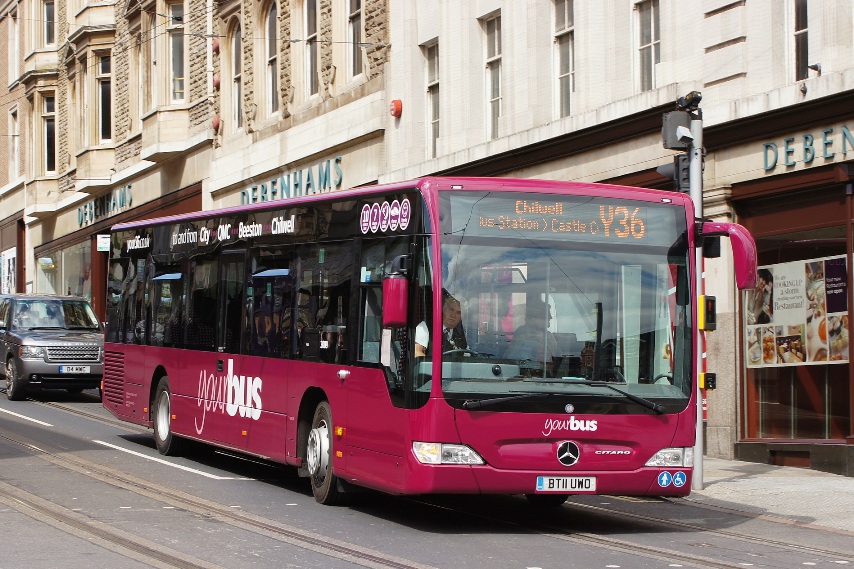