***Doyles to take over Felix route 59*** ***N+D to use Solos on new Unibus route*** ***N+D to run "Pride Park & Ride" and the 19*** ***N+D Citybus repainted - in part*** ***Brand new Solo for TM travel - and Tiger coaches.***
Here you will find all the latest bus news and sightings for many bus operators in and around the Derbyshire area. If you have anything to report please contact me by clicking here.

NEWS
Tue 18th Sept:
All white VOLVO / JONCKHEERE (N815 NHS) is in use here, presumably the coach on hire until their new coach is ready in November. Thanks Ian.

Sat 20th Oct:
One of Doyles 147 branded MPD's has been repainted white! Both have been missing off the route this week. Thanks John.

Tue 11th Sept:
Doyles are set to take over the running of service 59 (Derby to Ilkeston) at the end of October.

NEWS
Thurs 17th Oct:
Despite recent rumours, Felix will continue operating coaches, although less Holiday trips will be undertaken due to a decline in demand.

Thurs 11th Oct:
Volvo/Alexander Strider (M301 KRY) made a return to the Black Cat after Scania (YN05 GZB) failed in Derby.
The V plate Volvo also on Black Cat, and the Centro on Ilkeston Flyer. 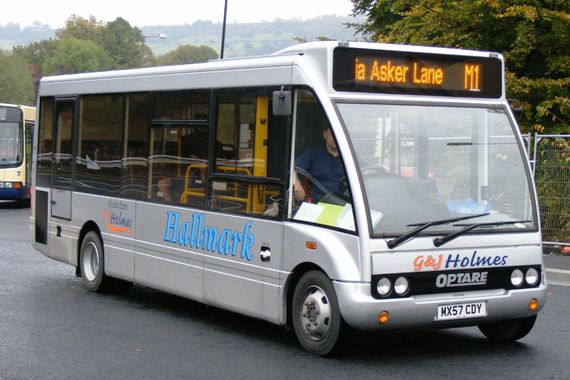 Tue 25th Sept
The brand new Optare Solo has arrived here, MX57 CDY. This is due to enter service on Matlock area services on 4th October. The new Matlock Bus Station should open around then too. Thanks Chris.

NEWS
Wed 17th October:
A secondhand Solo is to be acquired from S/C Yorkshire, which is planned to enter service on route 6.
The remaining 3 Mercedes minibuses still in service (N759CKU, J214AET and J216AET) are likely to be withdrawn in the coming weeks. Thanks Dave.

SIGHTINGS
Sat 27th Oct:
An Excel was used on one of the services between Chesterfield and Alfreton today, usually operated by the new Darts. Thanks Chris.
One of the 23 branded Tirdents was on tow today. Thanks Ian.


NEWS
Wed 17th October:
A further 2 slimline solos are expected this week, to be used on the City Clipper service in Sheffield alongside (YN57 KFE).
TM Travel are moving from their current base, a new place, at Halfway, Sheffield.
A Van Hool Coach, (YXI xxxx) has been acquired from an operator in Hull!
A former? Arriva training bus has turned up in their yard too - it is F reg - more soon! Thanks Dave

NEWS
Wed 31st Oct:
Darts 934/6 are to be repainted for notts + derby to replace 909/10.
Tempo's 317 and 318 has entered service on route 21 for which they are branded.
Frio Excel 199 is off the road, awaiting a new engine!
Citybus 739 is awaiting repair, it has problems with one of the axles! Olympian 715 still parked up at Langley Mill - the front has been repainted into N+D livery.

Sat 20th Oct:
Darts 935 and 937 painted in N+D livery and branded for Pride Park & Ride, ready for service on Monday. A third low floor bus is need for the 19 during the day, and P&R during the rush hours. This will be covered by one of 909/10, both of which have had front end repaints into N+D livery. The Keyworth Conection blue livery remains on the rest of the bus. 936 should be totally repainted to displace one of these in a few weeks time.

Wed 17th Oct:
Olympian 715 has had the front painted in to notts + derby livery following accident damage.
Kinch liveried Vario 288 and blue minibus 49 have transfered to N+D and are allocated to Unibus route 4 that links the University of Derby to Markeaton Campus.

Mon 8th Oct:
The remaining Kinchbus minibuses are now for sale (excluding 49 and 288 which N+D are using). Most are stored at Langley Mill.
The Olympians may be renumbered from 712 etc to just 12 etc.

Fri 5th Oct:
3 Darts currently in the trent barton fleet are to transfer to N+D and be used on the Pride Park and Ride 111 and service 19, which they will operate from 22nd October. The three Darts are expected to be 935, 936 and 937.
Former Kinchbus Excel 226 and 227 are being painted into trent barton red. They will replace Darts either directly or indirectly.
Service 21 is finally set to be relaunched on 15th October using two of the leather seated plum livered Optare Tempo's - wow! This will also create 2 spare buses (so 4 in and 3 out to N+D).
The four Darts previously used on the Keyworth Connection, 908-11 (P908-11 CTO) are for sale.


Wed 3rd Oct:
Solo 436 has transfered from Kinchbus to trent barton's Langley Mill garage, it has also been repainted into tb livery. 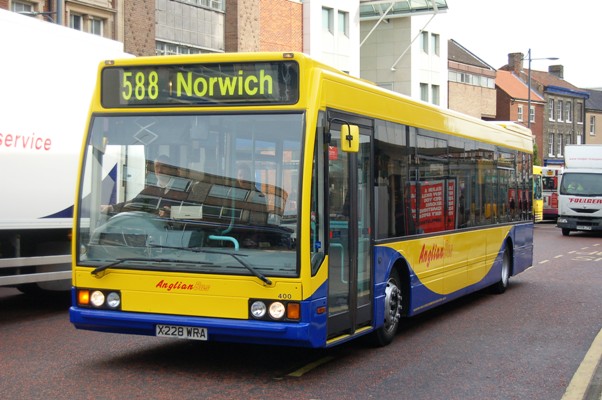 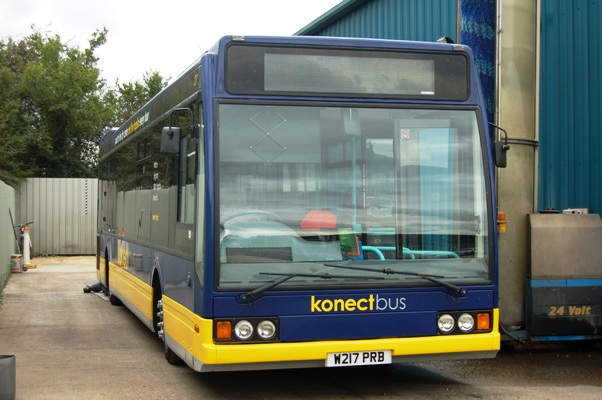 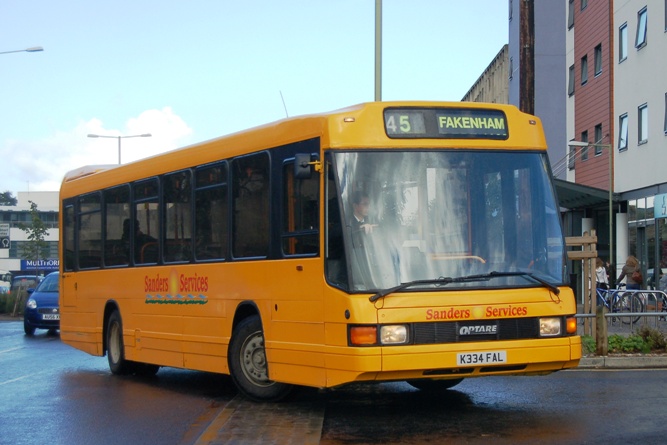 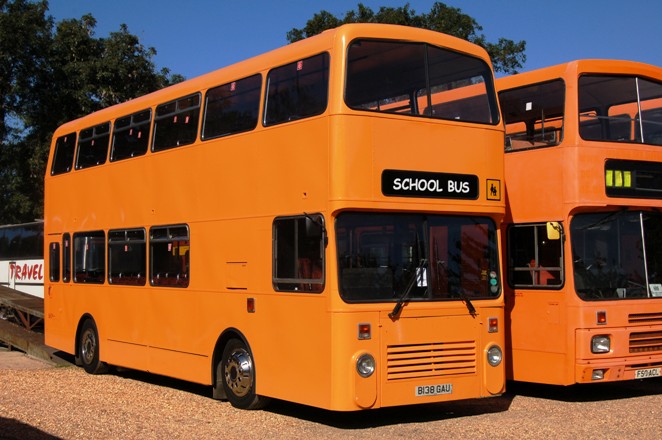 SIGHTINGS
Tue 30th Oct:
900 reported on Spondon Flyer. Thanks Fred.
Dart 930 and Solo 447 on V1/3. Thanks Geoff.
667 on X38. Think the full compliment of Mickleover Excels were out later in the afternoon after two spares were taken off.