***Trent: Different coach acquired as spare for Red Arrow*** ***Midland Classic: Second SLF added to the fleet*** ***More Solos at TM Travel***
Here you will find all the latest bus news and sightings for many bus operators in and around the Derbyshire area. If you have anything to report please contact me by clicking here. 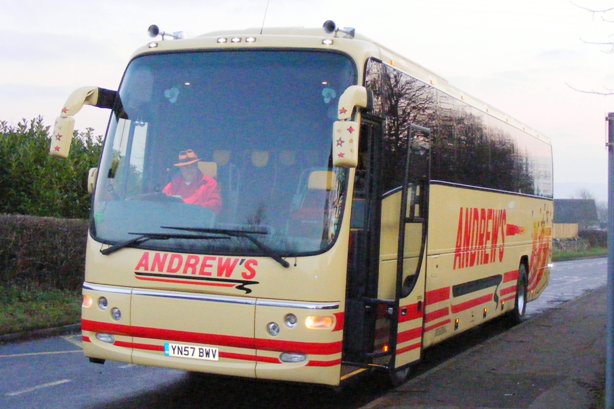 Wed 12th December:
Most Arriva services will operate on a 30 minute frequency on Boxing day, between roughly 10am and 6pm.

Sat 17th November:
May have already mentioned this but Darts 2231 and 2236 are recent repaints.
Stanways (Stoke on Trent) have re -registered Citybus 4341 (B141 GAU) - it is now (BIG 2578).
Olympians (VRA124/125Y) have been sold by Chester City Transport to Howard, Great Sankey, Warrington. One of the two, thought to be 125, has since moved on to Liverpool operator Helms, Eastham. Thanks Chris.

NEWS
Tue 18th December:
Another minibus has arrived here from the Centrebus fleet. This is Mercedes / Plaxton Beaver (N70 TGM). It was new to Tellings Golden Miller. Thanks Chris.

Wed 2nd January 2008:
Redferns new garage at Mansfield Woodhouse will be open to the public this Saturday. For more details see the following document from Coach and Bus Weekly bu clicking HERE.
Further details also available in the "Rallies" section on the forum, or on the events page on this site.

Mon 12th November.
A Scania decker (OUI 637*) on route 9 today later replaced by the Optare Metrorider. Solo has been missing for a while. 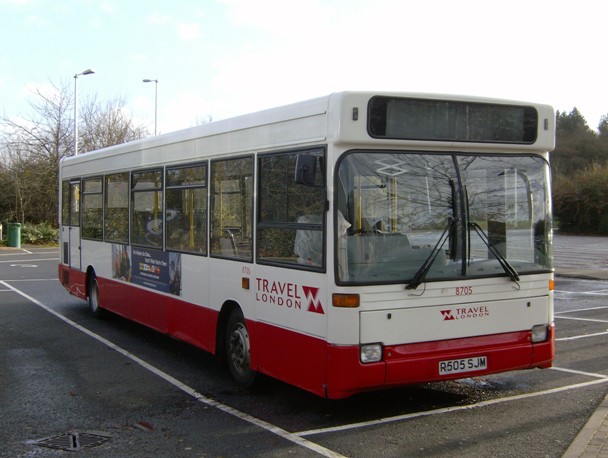 The latest addition to this interesting fleet is shown here prior to entering service.
(C) James Boddice

Sun 2nd December:
20281 the only B10\Northern Counties still at Chesterfield. Thanks Rob.

Sun 2nd December:
A number of Solos, in various states, have been acquired from Dawson rentals. Thanks Ian.
At least 3 Solos now carry the new livery as shown on the Solo below. These are 2 "W" reg Solos and (X941 NUB). 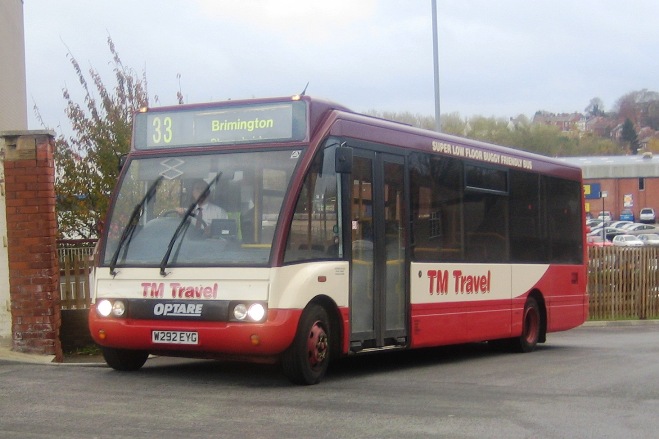 A new variation of the TM Travel livery is carried on one of the latest arrivals, Solo (W292 EYG) seen here at Chesterfield.
(C) Matthew Barker

NEWS
Sat 29th December:
The recently purchased Volvo coach 72 has been painted into Red Arrow livery is now in service.

Wed 12th December:
It has been said, that 199 and 201 are sold. 201 MAY have already left, although 199 was working out of Dove Holes earlier this week. More soon.
The recently acquired coach, Volvo / Jonkheere (FL02 ZXH) is numbered 72. It has been painted into red arrow livery, so should be on the road soon.
Excel 226 is on loan to Dove Holes.
College Paladin 121 back in service.
Volvo B10B/Paladins have been advertised as for sale.

Sun 2nd December:
A different coach is thought to have been purchased for use on the Red Arrow, whilst the current coaches are fitted with Wi Fi, and seats re-trimmed. More soon.
Nines services between Derby and Ripley are to be duplicated in the run up to Christmas, as the Solo's cannot cope with the crowds. Journeys on the 9.1 and 9.2 will be duplicated in one direction only, from Ripley to Derby until early afternoon, from which time journeys from Derby to Ripley will be duplicated. Dart 909 has transfered to Sutton Junction for use on the extra services. 2 buses are required for the additional operations.

Duplicates are also running on other routes in the run up to Christmas, including H1 and Red Arrow (Derby to Alfreton section).

Sun 9th Dec:
104 on Transpeak to Manchester following the breakdown of Excel 199 in the Stockport area.
transpeak Excel 156 replaced by 201.