***New arrivals at Hulleys and Littles*** ***Kinch Tempos enter service - Black Cat Excels sold to Konect.*** ***TM Travel: 6 more Centros due to arrive, and an ex Stageoach double deck coach in service***
Here you will find all the latest bus news and sightings for many bus operators in and around the Derbyshire area. If you have anything to report please contact me by clicking here.

NEWS
Mon 6th June:
A new Volvo Plaxton Coach is expected here by 1st November.
The 5 Lion deckers are being repainted in the next few weeks too. Thanks Ian.

Wed 18th June:
Andrews are operating (EAZ 2598), an all over white Volvo with Plaxton Premier 320 bodywork with unusually for this company a destination screen, not sure whether it's bought or just on hire. Thanks Ian.

NEWS
Sat 18th Aug:
The latest repaints are Dart 2252 and Excel 2998.
Swadlincote garage is closing at the end of this year. Operations will move to Burton garage.

Wed 25th July:
2 Derby Olympians are currently on loan to other garages, 4665 is at Tamworth and 4642 at Swadlincote.
Deckers are used on the new X50 service which runs to Drayton Manor during the school holidays only. 4667 on there the other day. 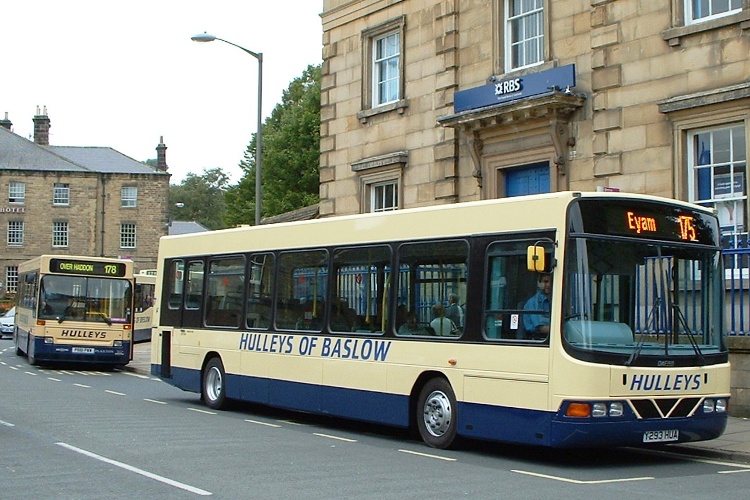 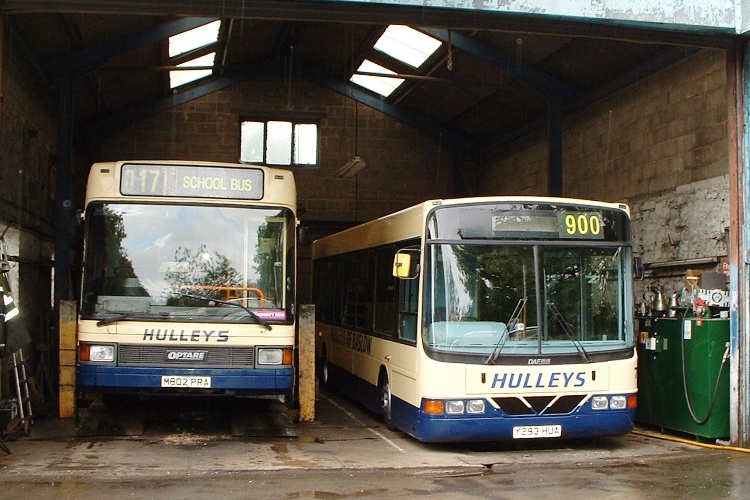 31st July
The latest addition to the fleet is a low floor vehicle. Dart (VU52 UEK) has been acquired from Happy Al's, Birkenhead. Thanks Fred.

25th July
2 Metrobuses here are (GBU 6V) and (GBU 7V), both are from Cottrells, Micheldean. The later is former Stevensons 78.


NEWS
Wed 22nd August:
A new slimline Solo has been delivered, and is currently in all over white livery. It will enter service in September and will be a "57" plate.

Another arrival is another Leyland Tiger - this being a W reg Van Hool bodied Semi-automatic. It has arrived here from Tryline Travel, Cwmbran in Wales (whose livery it still carries).

Tiger (FIL 8614) has been re-registered (D*** ***)! Its former identity is now carried on an S reg Rover car that TM operate as a fleet vehicle!

Many thanks to Dave for the above information.

Sun 15th June:
Leyland Tiger (FIL 8614) is a new arrival here. The bus currently wears all over white with blue wheels, and blue TM Branding. The bus is a 1989 Leyland with Van Hool body, this being either a Tiger or a Royal Tiger. Apart from being a Van Hool body, which is fairly odd, the bus also has a fully manual gearbox, unlike the standard semi-auto box which is common on many Tigers.

Van Hool Bodied DAF (YIL 4058) had been sold to a dealer. It was then loaned back for 4 weeks due to a coach shortage. This loan ended a few weeks ago. Thanks Dave.

NEWS
Sat 18th August:
All of the Black cat ones have now returned from Optare after modifications.
4 of the 6 Plum Tempos will shortly be branded for the keyworth Connection. It is still unclear where the other 2 will be allocated.
The Allestree Solos have been repainted grey, and refurbished inside. They will be back in service after the bank holiday.

Thurs 9th August:
Due to further problems with the new Tempos they are being sent back to Optare for adjustments! One of the X38 ones is currently away, as are Black Cat branded 309 and 312. Unbranded "plum" liveried tempos are being used on the BC whilst branded buses are away. 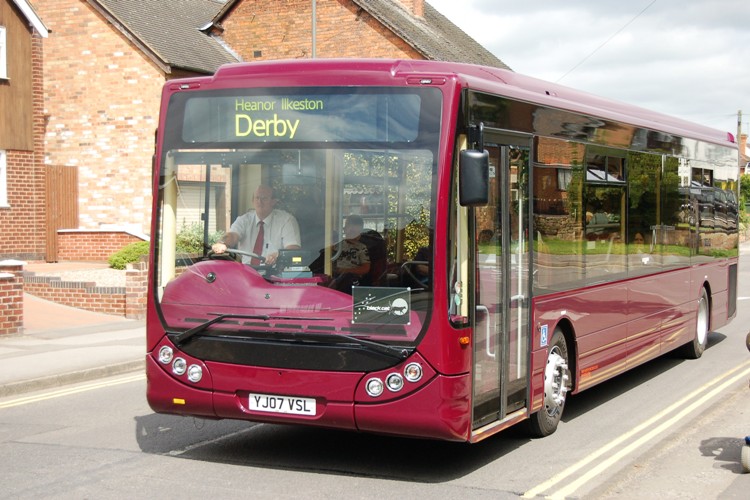 Mon 30th July:
Excel 229 has been sold to Konect, although not collected yet. The 4 Black Cat Excels have also passed to Konect.
The new livery for the llestree Solos will be grey/silver.
Still no news on where the 4 stored step entrance Kinch Darts, or Excels 208/9 have been sold to. No news on the Optare Tempos either.
SIGHTINGS
Mon 27th Aug:
Chris reports: Excel 234 and Dart 930 on TP.
Dan reports 431 on Radcliffe Lines, and 668 on Keyworths.

Fri 17th Aug:
Solo 439 was on Rainbow 4! Thanks John.
College Excel 161 back at Derby (after being on loan to Nottingham) and on the tea time 73 to Weston on Trent. Thanks Dave.
Excel 900 now at Manvers St (Nottingham), in service on the 18 with paper destination displays in the windscreen. Destination blind has been removed! Thanks Paul.
Dart 930 used on the 6.3 for a time this morning - 689 was taken off with a ripped seat! Solo 414 on H1.